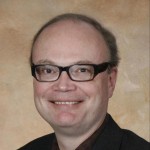 A focus for April is Interdisciplinary Research, and you can find the unfolding series here. Our April Mentor-in-Residence is Dr. Rick Szostak. In this post, which originally appeared on the Integration and Implementation Insights (also known as i2Insights) blog, Dr. Szostak explains the concept of interdisciplinarity. His point that “the world faces a host of challenges that cannot be addressed by any one discipline in isolation” could not be more relevant than in our situation today!

Is there a shared understanding of what interdisciplinarity is and how (and why) it is best pursued that can be used by the international community of scholars of interdisciplinarity, to both advocate for and encourage interdisciplinary scholarship? Is there consensus on what we are trying to achieve and how this is best done that can form the basis of cogent advice to interdisciplinary teachers and researchers regarding strategies that have proven successful in the past?

I propose a ‘Manifesto of Interdisciplinarity’ with nine brief points, as listed below. These are drawn from the original version, where key points are linked to more extended conversations, which in turn are linked to the wider literature. The nine points address what interdisciplinarity is, why it is important, and how it is best pursued.

I am not (quite) naive enough to imagine that the entire international community of interdisciplinary scholars will agree with every point I make. But I do hope that most will agree with most of what I suggest. I hope to encourage a conversation that can lead to an even greater degree of consensus. I am actually much more concerned that we agree on something than that we agree on the precise points that I outline.

In a previous blog post, I argued for the importance of not ignoring interdisciplinarity’s critics and the Manifesto also plays an important role here, especially when critics attack a ‘straw man’ interdisciplinarity that bears no resemblance to that in which I engage.

As just one example, Jerry Jacobs published In Defense of Disciplines in 2013, arguing that interdisciplinary scholars were hostile to disciplines. Yet I think the vast majority of interdisciplinary scholars build upon insights generated within disciplines. We recognize the value of communities of scholars with shared understandings of theories and methods and terminology. Yet we also recognize the limitations and biases inherent in disciplines, and believe that we can achieve more comprehensive understandings on a range of issues by integrating across disciplinary insights. We may disagree about how much the present set of disciplines merit reform but we can agree that there is a place for specialized research and teaching. We can, as a community, better defend ourselves against a misguided critique of interdisciplinarity, like that of Jacobs, if we can point to some clear statement of the principles that guide us as a community.

Do you see value in an attempt to achieve consensus around what interdisciplinarity is, and why and how it is best pursued? Do you think it is feasible to do so? How do you evaluate the precise content of the Manifesto and its supporting documentation?

Reference
Jacobs, J. (2013). In Defense of Disciplines: Interdisciplinarity and Specialization in the Research University. University of Chicago Press: Chicago, United States of America