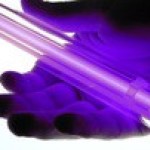 In May we are focusing on Finding Data in Documents and Datasets following the April series on Collecting Data from & with Participants. Guest contributor Kate Carruthers Thomas describes methods that include collecting and analyzing data from documents as well as participants.

This piece considers the practice of data collection in the context of my current research investigating UK female academics’ experiences of working practices, career progression and academic identity during and after the COVID lockdowns.  The research combines a solicited diary method with individual semi-structured interviews drawing on the tool of DDIM (diary, diary-interview method) developed by Zimmerman and Weider 1977 and since updated in multiple forms (eg: Latham 2003, Milligan et al 2005).  The research participants, 30 female academics working in universities across the UK, will be required to create/curate two ‘diary entries’ over a three-month period: the first a retrospective and reflective account capturing experiences of living and working between March 2020-May 2021 and the second, a contemporaneous piece focusing on HE working practices ‘post-pandemic’.  The diary entries therefore comprise both timebound and ongoing phenomena and both are signal-based: triggered by prompts sent from the researcher (Bartlett and Milligan 2015).  The subsequent interview will revisit both entries and probe emerging themes and questions. So, ‘the diary becomes a kind of performance or reportage … and the interview a reaccounting, or reperformance’ (Latham 2003: 2003).

I began writing this piece just before sending the prompt for the first diary entry. Appropriately labelled ‘a milestone’ on the project plan, the start of data collection comes after the completion of multiple preparatory processes including writing the research proposal, securing funding, rehearsing eventualities through the ethics application, planning, budgeting, staffing, and participant recruitment.  I have thought hard about how to word the prompt in a way that avoids being either over-prescriptive or alarmingly vague. Working with my Project Advisory Group, I finalised a wording which provides both an instructive framework (a minimum wordcount, ideas for getting going, a broad list of topics participants might – or might not address) and lays clues for anyone interested in experimenting with visual/audio/video/mobile media and methods.  It reads as follows:

This piece should be retrospective and reflective; an account of any aspect of your experience of living and working during the COVID-19 pandemic to date (March 2020- May 2021).  In thinking back over what has been a long period of changing and challenging circumstances, you might wish to consult your own diary/calendar, messages, social media, photographs or playlists from this period. Perhaps specific dates or events played an important role for you? You can write in detail about one element or experience or widely about many. You might wish to consider any of the following: (range of themes listed).  For text pieces, a 500 word minimum is suggested.  There is no upper word limit.  You can include visuals (photographs, artwork), audio or video files – either accompanying text or as a primary medium.  Feel free to experiment – or not! There is no ‘right’ or ‘wrong’ way to create this piece.

The prompt has now been sent out.  Whatever the responses, in whatever formats, diary entries are unlikely to be uncensored.  As academics themselves, participants will know their data will be quoted, published, pored over for meaning.  As an interdisciplinary social sciences researcher with a particular interest in gendered and spatial aspects of HE practices, I will be alert for interactions of local and embodied experiences with dominant and gendered scripts of the academy; spatial-temporal aspects of remote working; home/work boundaries, care and careers.  That said, the sense of excitement I experienced when pressing ‘send’ was as much about the unknown as the anticipated.  It was also about reaching a new point of departure.  The red milestone on the project plan marks a shift in the project’s balance of power as participants become part of a shared endeavour.

Latham argues for a reframing ‘of the research process as a kind of performance’ which ‘allows for a more experimental and more flexible attitude towards both the production and interpretation of research evidence’ (2003: 1993).  Reflecting on this moment through a lens of performance, I’m suddenly reminded of my childhood experience in the pre-internet 1970s, when I spent many – I mean many – evenings at the back of a draughty village hall, sitting out rehearsals for the town’s latest amateur dramatic offering.  My mother, a primary school teacher by day was, more often than not, the director – of musical theatre, one-act plays and serious dramas.  Throughout my childhood and early teenage years, I became attuned to the trajectory of these productions: six to eight weeks of scrappy rehearsals on a pocket-sized stage, inching inexorably towards the tensions of technical and dress rehearsals and finally, to the apprehension and anticipation of the opening night, when the curtains would part and the play would begin!  Then it was my mother’s turn to take her place at the back of a now packed village hall, standing in darkness, no longer able to call proceedings to a stop, to rehearse another cue or plan a quicker set change.  The production was now in the hands of the cast, musicians and stagehands.  It may be too far-fetched to think of the start of data collection as my research project’s opening night!  However, in sending out the first prompt for data, I am like my mother in the village hall decades ago, setting something in motion and must now allow the performance to continue.

Latham, A.   (2003) Research, performance, and doing human geography: some

reflections on the diary-photograph, diary-interview method.  Environment and Planning A 35 1993-2017.
Milligan, C. Bingley, A. and Gatrell, A. (2005). Digging deep: Using diary techniques to explore the place of health and well-being amongst older people. Social Science & Medicine 61:9 1882-1892.