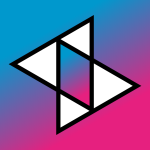 Throughout the month of May of this year SAGE Publishing has been partnering with Andy Kirk, UK-based data visualization specialist, in offering a series of Data Visualization webinars explaining essential pieces to the discipline. His courses have

Below are a summaries, written by Andy Kirks and originally posted on SAGE Campus, briefly describing the five courses taught in the month of May:

The ‘little’ of this design concerns a clever approach to squeezing more potential out of your color keys, as demonstrated by the project ‘Rethinking Detroit’ by the National Geographic, looking at the changing fortunes of Detroit’s neighborhoods block-by-block. The ‘little’ of this design concerns the confusion that arises through careless color choices. The specific subjects here relate to a pair of example charts used on TV during recent Wimbledon (BBC) and Cricket (Sky) coverage in the UK.

The next and final ‘little’ in this week’s post concerns the use of color and specifically the restrictions caused by the universal application of ‘corporate’ color palettes. There are benefits from applying consistent colors to facilitate brand recognition but sometimes this can cause unnecessary obstruction. The ‘little’ of this design concerns the creative placement of chart labels across a panel of small multiples. The piece in question comes from Zachary Label looking at the last 70-years of autumn temperature anomalies in the Arctic.

The ‘little’ of this next design concerns the sensible positioning of categorical labels. This Daily Chart, by the Economist’s data team, offers a view of the identified political persuasion of people living in selected swing states of America. The chart is a variation of the connected dot plot, with a separate row for each state. The specific example here comes from a chart published by the BBC in this article about the slowing of the UK housing market. The line chart shows the upwards and downwards trends of two house price trackers changing over time, simple enough stuff until you glance at the x-axis labeling at which point it is quite easy to becoming confused about judging the ‘when’.

In the well-known work ‘Gun Crimes’ by Periscopic, some of the main findings of analysis are provided in captions located beneath the main chart (this exists in both years of analysis, I’m focusing here on the 2010 view).

When you click on the respective caption, it provides a shortcut for the user by automatically applying the necessary criteria in the main chart above to formulate the associated view of the data that supports the finding described.

The ‘little’ of this next design concerns a nice styling approach to annotating charts. The work in question was published in The Washington Post by Reuben Fischer-Baum and covers analysis that answers this question: “Does your team botch the NFL draft?”.

In this series of small multiple area charts we see y-axis interval labels 0% >> 30%, x-axis interval labels 1 >> 8 and the x-axis title ‘Season’ repeated across every one of the 20 charts. This unquestionably aids the direct readability of each panel but much of it could arguably be described as redundant.

The project in focus here comes from the Washington Post, titled ‘How terrorism in the West compares to terrorism everywhere else’ by Lazaro Gamio and Tim Meko, putting into context the relative levels of terrorist-related deaths in the West. The y-axis levels sit within the chart, creating a novel approach not usually seen.

By effectively setting the y-axis maximum range to 50 notice how the recent increase in incidents of violence against refugees becomes even more striking, as the line climbs up to the height of 76, far beyond the height of the chart and almost intruding on the map area. An example of a subtle but smart editorial design decision.

The graphic in focus is taken from a screen shot of BT Sports (UK) TV coverage of the Australia vs. England 1-day cricket match. This chart shows the cumulative progress of run scoring for each team across the 50-overs that each team bats for. The chart helps to show whether Australia appear to be on track for victory or otherwise given England’s rate of run scoring. My issue with this chart’s design concerns the y-axis scale intervals that use units of 70 runs.

The ‘little’ of this next design concerns the juxtaposition of photo-imagery within a chart display. Voters were surveyed to find out which of the 2016 candidates they were able to correctly recognize.

The ‘little’ of this next design concerns the juxtaposition of photo-imagery within a chart display. It might appear to be a relatively simple matter, but gathering and preparing photo-imagery, especially people-based subjects like in the sequence of Presidential head-and-shoulders in this piece, can involve a lot of effort sourcing, editing and compiling each one

His next course will be a three-month module, completed at the academics pace, starting June 25th. To learn more about the course CLICK HERE.

By the end of the course you will be able to:

Andy Kirk is a UK-based data visualization specialist: A design consultant, training provider, lecturer, author, speaker, researcher, and editor of an award-winning website. Since founding Visualizing Data Ltd in 2011, he has delivered over 230 public and private training workshop events in 19 countries. Recent clients include Spotify, Telefónica, Tesco, Hershey, and CERN.

Andy is a visiting lecturer teaching data visualization on a Master’s degree program at Imperial College London and is the author of two books, with the most recent work published in 2016 by SAGE and titled ‘Visualizing Data: A Handbook for Data Driven Design‘. He also provides data visualization services to the Arsenal F.C. performance team.

One thought on “Data Visualization Series With Andy Kirk”