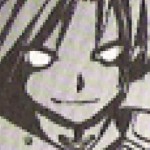 This post was originally featured on SAGE Ocean, a SAGE Publishing site whose mission is to “support social science by equipping social scientists with the skills, tools and resources they need to work with big data and new technology.” To see the original post on SAGE Ocean click HERE. The first-ever “Social Science FOO Camp” was held a couple of weeks ago at the headquarters of Facebook in Menlo Park, California. The weekend camp was a hard-to-describe “un-conference,” but for the uninitiated, picture about 250 academics, corporate data analysts, big data enthusiasts, science communicators, and science and policy wonks from the public and private sectors gathering to discuss and develop good ideas. To foster unfettered conversation and candidness, the ideas generated at the FOO are free to circulate after camp, but not the identities of those who advanced them.

As far as I can tell, the organizers’ theory of action begins and ends at something like this: good stuff is going to happen if you physically gather a bunch of people with different perspectives on data, science, and social progress, and turn them loose to talk about whatever they want.  There have been FOOs since 2003 on a variety of technology and future related subjects, so the organizers – in this case, Facebook, O’Reilly Media and SAGE Publishing – are likely pretty confident in that theory of action (FOO, by the way, stands for “Friends of [Tim] O’Reilly,” referring to the CEO of O’Reilly Media, the progenitor of the concept).  My experience at the FOO camp for the social sciences was quite positive, and an interesting kind of perspective on the work of the social science community settled on me over the course of the event. I’m still working to put my finger on the specifics, but the general idea goes as follows.

Foremost, it’s always good to be reminded of the limitations of your own perspective.  At the FOO camp, conversations ran the gamut from discussion of bias in the application of algorithms to social interventions, to figuring out how to mine ubiquitous administrative data while maintaining personal privacy, to improving the reproducibility of research, to sussing out the ways in which social theory can guide analytics in the digital age.

The work was productive and invigorating, and a principle reason for this (at least in my view) was precisely because the mix of people was so eclectic – no single person could possibly know even a majority of the others who were there. There was no such thing as unified worldview that tied the participants together, or a shared epistemology that gave everyone a common point of reference. This diversity included many of the traditional markers, but also one often overlooked at more formal gatherings: having these conversations were very senior and seasoned “old heads,” mid-career scientists and scholars, and junior academics and analysts. All told, the group comprised an extraordinary wealth of knowledge – and perspectives – that no single participant could have.

Sitting through it, Arthur Lupia’s book about science and political communication, Uninformed, came to mind. The book starts by forcing readers to confront their own ignorance: “[w]hen it comes to political information, there’re two groups of people. One group understands that they are almost completely ignorant of almost every detail of almost every law and policy under which they live. The other group is delusional about how much they know. There is no third group.”

Lupia’s isn’t excoriating readers about their own ignorance, but reminding educators and architects of knowledge to constantly take stock of how little we know, and to focus on the most useful questions and projects that can be applied to important problems at hand. Discipline-based knowledge is good to have, but understanding what to do with that knowledge – making knowledge both useful and used – is difficult work and inherently interdisciplinary.  We social scientists, as it turns out, know surprisingly little about how to get it done.

In this day and age, the broader social science community is deeply interested in (read: “full of foreboding about”) things like the future of academic knowledge, integrity of government statistics, collection and use of non-government data and the extent to which the public / political apparatus values knowledge about individual and social behavior. Accordingly, it’s appropriate for those of us working at the intersection of social science and public affairs to spend time identifying, defining, and teasing out such problems and challenges, and some of the topics that surfaced for discussion at the FOO camp reflected the general anxiety.  Sessions included topics like “social media echo chambers,” “dealing with fake news,” “making universities more useful to democracy” and “can data-driven government policy actually happen?”

Yet FOO made it crystal clear to me that there are better things to do with one’s time than spend the majority of it defining what’s wrong with the world. There are plenty of opportunities for action, and the camp reinforced that the work of the academic disciplines should not end at explanation and “problematization.” To the extent that we are all concerned with the advancement of the human condition, as a community of science educators we must go beyond explaining challenges and work to develop accessible and usable solutions. This means applying the disciplines of the mind that we value so dearly to the challenges of science use.

At the very first session of the FOO camp, I found myself in a conversation with someone in private industry who was working with various colleagues to figure out ways to more productively connect people online. I was struck by the extent to which this person’s work lacked a profit motive, and was deeply thought-through, collaboratively handled, and solicitous of points of view from outside their company.  I remember thinking that the social science community does itself a disservice by not engaging private partners in our work, and that private sector suffers as well if it does not attend to the economic, cultural, and demographic challenges of the world, working in partnership with academic institutions to make their products better. Making public / private sector interplay more the rule than the exception – not cordoned off to events like a FOO camp – is a sociological challenge that we need to address systematically and intentionally. I’d like to believe that we are a creative and resilient community, with more than enough capacity to find our way.

Tom Kecskemethy is the Executive Director of the American Academy of Political and Social Science. He was previously the Dean and Director of Communications for the Graduate School of Education.