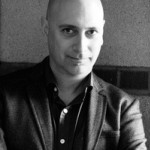 In June we are focusing on a range of qualitative and quantitative methods for collecting data online. Find the unfolding series through this link. This month you will see posts about netnography and related online research guidance from our Mentor in Residence, Dr. Robert Kozinets. See The One Netnography Tool You Should Never Be Without: The Immersion Journal—Part 1 of 4.

After a long period of trial and error trying to adapt the established notion of fieldnotes to online cultural investigation, I found that it didn’t make sense to keep fieldnotes when there was not clear ethnographic field in sight (or site). As a cultural context, social media was diffuse and vast, constantly reterritorializing. Especially as social media began expanding to encompass multiple platforms and a multitude of pages, threads, forums, boards, and other places to engage in a plethora of social and informational activities, I found that it made more sense to think about the researcher as the nexus of that network of research activity rather than an explorer of some sort of ongoing and stable place, community, or culture that existed outside of their data gathering activities.

This view doesn’t mean that there is no social reality outside of the activities of the researcher. Rather, it acknowledges a complex reality in online ethnographic work, namely, that the researcher must construct their own research field around particular data sites, research topics, people such as social media influencers, specialized technology slang and actual languages, and so on. In prior conceptual work, I have used the familiar but previously somewhat hazy term “technoculture” to refer to many of these interesting social factors which especially amenable to investigation using netnography. In that work (Kozinets 2019, Consuming Technoculture, Journal of Consumer Research), I try to demystify the term and its contents by clearly defining technoculture and giving some concrete examples that would be familiar to anyone who uses social media.

So, how do we study technocultural things such as Facebook Fomo, Instafame, selfies, and memes? First, we need to think about the conceptual boundaries of our investigation. And the research question we ask is going to be one of those boundary-setting factors.

Sometimes, the researcher has a particular communication platform in mind. For example, an ongoing forum or group dedicated to coffee connoisseurship (to take one example that should be familiar to those of you who are familiar with my early work). In that case, it makes sense for the netnographic researcher to consider this communication to be like a field or a site—even if it is not one. The way to capture this complex engagement with a particular research site is not only to observe its communications at a distance but to observe and seek to understand them with some cultural closeness. When I conducted my coffee culture netnography, I read messages almost every day, and also met some members for coffee locally in Chicago and Evanston. This is the difference between experience distanced and experience close research that lies at the heart of the anthropological and ethnographic enterprise.

But oftentimes the social media researcher might seek to understand a more diffuse phenomenon, such as to study people who are interested in mitochondrial syndrome, or in collecting Disney memorabilia, learning about the latest iPhones, or engaging in transphobic online discourse. In this case, there is no single site, but many. Communications might be spread out among many platforms—PatientsLikeMe, WebMD, Twitter, Reddit, TikTok, YouTube, and so on. How can a cultural researcher of social media capture these sorts of phenomena in an ethnographic way? Or how could they study a particular online influencer or content creator, like Christiano Ronaldo or Charli D’Amelio, in a way that stays true to the idea of “ethnographic closeness”? This then becomes the paramount question when you conduct an ethnographic style of research using social media data. How can you be true to the notion of ethnographic immersion, even though you may be limited to studying these topics only through your laptop and smartphone?

And I will continue developing the answer for you in my next post here on SAGE MethodSpace.