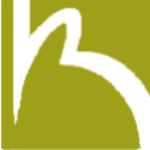 This post by Margaret R. Roller originally appeared at her Research Design Review blog under the title “xxxx”” and is reposted by permission.

There are many ideas or concepts that a quality approach to qualitative research borrows from quantitative research design. Representativeness of the target population is one example. Well-crafted techniques to maximize cooperation among recruited participants in order to minimize nonresponse effects are another example. And adequate interviewer/moderator training that provides the necessary skills to mitigate possible bias, while also controlling for participant effects, is yet another example. In fact, there is any number of lessons that qualitative researchers can learn from survey research in terms of sound research principles that positively impact the usefulness of the outcomes.

But to assume that there is a direct relationship between qualitative and quantitative research would be a grave mistake. As discussed in an article I posted on my blog Research Design Review in 2013 – “10 Distinctive Qualities of Qualitative Research” – the design, implementation, analysis, and interpretation of qualitative research make it unique and uniquely suited to go beyond survey research to study the complexities and meaning of the human experience.

Generalization. It may seem obvious to most researchers that the limited and highly variable nature of qualitative research makes it a poor predictor of things to come; however, many researchers have advocated the “generalizability” of qualitative data. Whether to further a budding theory or make assertions about an entire population segment, the concept of generalization in the context of qualitative research comes up often. In referring to the case study method, for instance, Earl Babbie, in his seventh edition of The Basics of Social Research, laments “the limited generalizability of what is observed in a single instance of some phenomenon,” stating further that “this risk is reduced, however, when more than one case is studied in depth” (p. 312).

Qualitative research does not need generalization to be valuable but it does need transferability – i.e., the ability to transfer the qualitative design and/or outcomes to other highly specific contexts. Transferability is discussed in several Research Design Review articles, including this one posted in 2013.

Percentages & data graphs. Qualitative researchers have been known to use percentages to report various aspects of their findings, such as Smith (January 2011, The Qualitative Report, 103-125) who reports on her qualitative study of students’ behavior when searching the Internet for HIV/AIDS information, stating that “eighty percent of students regardless of race did not know how to properly search for online health information.”

There is also a tendency to use graphs or charts of some sort to display the data. Illustrations can be useful to help visualize qualitative data but there is no reason why the researcher needs to fall back on bar graphs or pie charts. Even when no percentages are used – e.g., the histograms of tagged content made available by online discussion platforms – the appearance of a quantitative-like data display not only hints that the researcher believes the qualitative data are quantifiable but also serves to ignore the whole point of qualitative research – i.e., the analysis of context and personal meaning – by reducing the data to a graphical configuration.

“Respondent.” The survey respondent is appropriately referred to as a “respondent” because that is exactly the role he or she is playing in the research process. He or she is responding to the researcher’s questions which are typically structured and closed-ended in format. Similarly, the qualitative research participant is suitably labeled “participant” because his or her role goes beyond simply replying to a series of questions to encompass participation in the research on many levels. The participant elaborates on the interviewer’s/moderator’s questions, changes the topic if need be to convey an idea, takes part in a social relationship with the interviewer/moderator, engages with other participants in a focus group discussion, is willingly observed in an ethnographic study, and, in some instances, is asked to aid in the analysis. For all of these reasons (and more), it is research participantsthat provide qualitative data not respondents.

Rotating or randomizing the order of stimuli. The fourth example of a quantitative concept that has been improperly attached to qualitative research pertains to the order in which stimuli – documents, storyboards, images, etc. – are presented to research participants. There is a 2010 RDR post on this topic – see “Standing the Discussion of Rotation in Qualitative Research on its Head” – where the rationale for not rotating stimuli in qualitative is spelled out. The key takeaway from that article is that, unlike quantitative research design which incorporates various control measures, qualitative research thrives in an uncontrolled environment where the people, geography, and researcher-participant input change within and across research events (e.g., interviews, focus groups). This variability is an inevitable component to finding the context and meaning qualitative researchers are looking for, but it also means that making sense of the data and discerning meaningful differences across segments of the target population is a very “messy” process.

There is, however, one thing the researcher can control that will aid in finding meaningful differences. This is the order in which stimuli are presented to participants from interview to interview or group to group. By keeping the order the same, the researcher can “see” what and how variations emerge. To do otherwise – that is, by rotating the order of stimuli – the researcher has made it impossible to detect meaningful differences across target segments of the population (e.g., Do younger people really feel differently about the stimuli compared to older people?) and, unlike survey research, the qualitative researcher cannot say anything about the rotation effect or the order bias that was introduced with each new rotation.