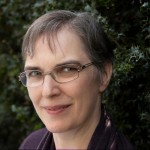 For the first 10 years or so, almost all my clients were local and national governments, charities, and public sector partnerships. Then we had the change of government in 2010, swiftly followed by a recession, in which most of the people in my networks took early retirement or redundancy or were demoted back from management to direct service delivery roles. My company’s financial year runs from August to July, and 2011-12 was the worst; the company’s turnover was less than £11,000. I had to get a part-time job for two years from September 2011, but – with a huge amount of support from my partner – managed to keep my business afloat.

Over the last five years I have reinvented myself as someone who works with academia. I still work with clients from other sectors, but these days the bulk of my work comes from universities. This reinvention has involved a lot of writing – two books, several journal articles, a bunch of e-books, this blog, tens of thousands of tweets, more of all those in the pipeline – and a lot of networking. Luckily I’m good at, and enjoy, both networking and writing.

So that’s my story, but it’s mostly made up of accidents, and so is not a route anyone else can follow. However, I do have ten top tips for people who want to adopt the indie lifestyle.

If you’ve read all that and the prospect of becoming an indie researcher still excites you, then go for it, and good luck!

Dr. Helen Kara has been an independent researcher since 1999 and writes and teaches on research methods. She is the author of Research and Evaluation for Busy Students and Practitioners: A Time-Saving Guide, Creative Research Methods in the Social Sciences: A Practical Guide, and Research Ethics in the Real World: Euro-Western and Indigenous Perspectives. In 2015 Helen was the first fully independent researcher to be conferred as a Fellow of the Academy of Social Sciences. She is also a Visiting Fellow at the UK’s National Centre for Research Methods. Visither blog.