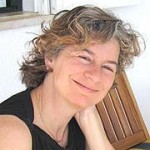 As part of the ongoing coverage of Academic Writing Month being rolled out by our methods guru Janet Salmons, we asked Kent Law School professor Davina Cooper if we could repost a column that appeared on her blog in April that seems to especially pertinent this month. Keep track of all the Academic Writing Month content via the hashtag #AcWriMo.

Academic writing can seem freighted with agendas other than communicating sense, even as academics split over whether inaccessible writing conveys brilliance or simply that ideas and readings have not been fully digested.

Increasingly, I incline towards the latter. Or at least I know that is what causes me to write in overly-referential, condensed ways, drawing in and dragging on others’ words as I gesture towards meanings glimpsed but not quite reached. 8 months into my PhD, my supervisor said I was writing like a bad translation of Poulantzas, or it could have been Althusser; I was reading both at the time. I don’t think I was offended. But I do remember being struck by the idea that one could and should write differently – that academic prose wasn’t simply about rearranging a limited set of technical words and phrases.

This piece by professor Davina Cooper originally appeared on her blog Social Politics and Stuff under the title “What do we write to convey?” and is re-posted with permission from the author.

Still knowing this and writing better are two quite different things. I recently came across this sentence in a 2009 article I wrote about a women’s bathhouse: “in encounters involving people mutually unfamiliar, particularly encounters with a more antagonistic, vertiginous cast, attentiveness to the other and to where the other’s sometimes only faintly legible interactions might lead was, participants suggested, essential.” In other words (I think), people pay attention when they’re having edgy sex with those they don’t know.

Getting older, I feel more strongly that writing should make contact – a more active relationship than simply being accessible. Teaching first year PhD students, I ask them to think about academic work as entering a conversation. What makes a good (or bad) conversationalist? Along with the politics of who gets to speak, who gets heard, and what gets talked about (or not), are other related values: listening, interacting, having something interesting to say, not simply repeating what others have said. But what often gets omitted in thinking about academic conversation is how to converse in a way that enables – even better, stimulates and encourages – unfamiliar others to participate. Individuals can close down conversations by importing un-shared assumptions: using terms and references not only impossible to follow but not intended to be followed – like the obstacles a front-runner throws down to thwart opponents who, skirting around the wreckage, trail ever further behind.

Other times, in other conversations, unfamiliarity become the entry costs of taking part: You cannot join this discussion of emancipation, imitation, speaking, property, materiality, gender or the state until you have invested in knowing the texts and characters it will draw on.

But, some might say, isn’t this the reasonable and inevitable character of educated conversations, which build upon an edifice of previous conversations stretching back through time (albeit, far too often, in narrowly European ways)? How can conversations develop, how can nuance and distinctions be established, if participants must keep rehearsing the same terrain; where nothing can be taken for granted; where there is no common ground?

And doesn’t the  expectation of clarity or transparency miss the point? Academic writing doesn’t necessarily aspire to represent what is, as if the material world can be imitated point for point in thought, but to create. From this perspective, elusive or elliptical ideas are often generative: stimulating excitement, beauty, sensation, pleasure, action, and fear, as well as thoughts.

I don’t want to argue against technical or specialized conversations that depend on a detailed and intimate shared knowledge; nor do I want to dismiss the claim that academic work can have a far richer purview than simply conducting ideas. The performative and enacting qualities of scholarship and intellectual conversations have been well-made (although, at least in relation to progressive ideas, what gets brought into being may be far less than is hoped). For dissident and subordinate modes of thought, too, separation or entry conditions may be necessary as accounts of feminist, Black and other “counter-public” have explored.

At the same time, for an academic sector that depends on the ability to move between national languages, too little interest and attention is paid to moving between conceptual ones. Of course, translating texts from English, say, into Italian involves interpretive choices as words located within one constellation of meaning become words embedded within others, bearing different histories and associations. Translation is a re-creation. But its work presupposes, even if only as a fiction, that the general cast of what is written can be carried into other national languages. As academics, we quote writers confidently, despite being aware the language we read is not necessarily the one they wrote.

Yet, when it comes to translating conceptual ideas, producing them in other registers, including other academic registers, there seems far more reticence. Here, conversion gets read as dumbing down, extracting only the bare bones from more complex, sustaining and, for some, crucial meat and fat. It reminds me of the injunction sometimes given to first year law students not to “rephrase” statutory language since any rephrasing or summarising does violence to the legal meaning of the text. But if ideas and concepts are important, their importance should not depend on obediently following an authorial “source”.  Indeed, to the extent that ideas are about social life, it seems a strange turn of events if such ideas can only be comprehended through the trademarked discourse of a particular writer or school of thought.

Many of us are concerned with power, coercion, hope and social change. Yet, closed, unwelcoming academic languages, or ones whose entry costs are too high, can stun shared conversations. What can also get stunned is the capacity of literatures to complicate and challenge each other as ideas intelligible to one crowd become for another merely noise.

Dissident ideas may require space, even privacy; epistemologies rooted in particular social experiences, such as dispossession, may be inevitably excluding. But too many current conversations exclude those working on similar or related ideas and problems for far less valid reasons.

A few years back, I was researching community spaces oriented to strangers, including communities organised around public speech and public sex. These “everyday utopias” developed shared norms and to some extent shared languages; but to the extent they were committed to and sought contact between strangers, they also had to support forms of communication across a sustaining difference. At the bathhouse, I researched, it was hoped (at least by some) that talk and oral agreement would supplement signs and gestures in clarifying and guiding stranger sex. At Speakers’ Corner, physical gestures did the work speech often couldn’t, as participants leaned forward or touched an arm to keep the conversation going. Other times, a flexible linguistic repertoire (moving from serious to absurd to religious to critical, from statement to question to joke) supported contact, as the desire to engage strangers, and the pleasures from doing so, pushed speakers into new forms of dialogic play.

Progressive and critical scholarship norms today affirm difference and otherness, speaking up for the stranger, the visitor and the unfamiliar (even as some argue power differentials and troubling points of view complicate any blanket affirmation.)  Yet, when it comes to academic difference, an ethics of hospitality, interest and pleasure in the other all too often seep away, replaced by a drive for “robust” combat between competing academic paradigms and traditions.

How can we change the terms of academic engagement, to create not only more openness but a desire for contact between different critical and progressive frameworks and literatures – as a contact that is neither colonising nor evangelical? How can we be open to the unfamiliar academic other?