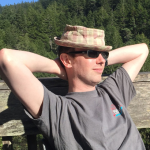 One of the biggest research projects in the United States will be taking place in 2020: the Census. We’re offering a series of blog posts to share information about the methods being used.

This is an excerpt from Chapter 1 of Frank Donnelly’s Exploring The U.S. Census. See more about the book below.

We can think of the U.S. Census as a collection of data-sets about population, housing units, and businesses that is created by the Census Bureau, which is part of the U.S. Department of Commerce. Census data is collected at regular intervals using methodologies such as total counts, sample surveys, and administrative records. After it is collected or generated, census data is summarized to represent counts or estimates of groups of people for different geographic areas.

COMPARISON OF SOME CENSUS DATASETS

When most Americans think of the census, they think of the 10-year or decennial census that is used to gather basic data about the total population. The decennial census is an actual count of people and housing units, and it serves as the baseline for measuring and generating other census data-sets. Demographers refer to data that is collected from total counts as enumerations, or simply as populations.

The American Community Survey (ACS) and the Current Population Survey (CPS) are ongoing sample surveys of the population that collect detailed demographic and socioeconomic characteristics. Sample surveys collect information from just a small subset of the population, either randomly or from targeted groups, which is used to estimate what the total population is. The size of the sample is carefully determined, so that the sample data can be used to estimate the total population for a given geographic area with a reasonable level of precision. The ACS is a large survey that is published annually for large and small geographic areas, while the CPS is a smaller survey that is published monthly and is summarized for the nation as a whole or for the states.

For more on the U.S. Census and how it intersects with social and behavioral science, see SocialScienceSpace’s curated page HERE.

The Population Estimates Program (PEP) is produced from administrative records and other census data-sets to create annual estimates for areas like states, counties, and municipalities. The Census Bureau produces data for businesses via the Economic Census, which is a 5-year count of most types of businesses and a sample of other types, and the County and ZIP Code Business Patterns (ZBP), which is created from administrative records on an annual basis.

Who is counted in the census? It varies based on the data-set, and we will cover the specific details about the different methodologies that are used and the variables that are collected in Part II of this book. For now, the short answer is “everyone.” The decennial census counts all people residing in the United States on census day: citizens and permanent residents; documented and undocumented immigrants; people living in households; people living in institutionalized settings like college dormitories, military bases, prisons, and hospitals; and the homeless.

The ACS and CPS are primarily sample surveys of residential addresses, so they do not capture the full spectrum of the population that the decennial census captures. The ACS does sample people living in group quarters (institutionalized settings), but the sample is small enough that it is able to publish coarse estimates only for large areas like states. The PEP is derived from the decennial census and administrative records that include birth and death certificates, so in theory it captures everyone. The business data-sets capture most businesses, with some exceptions.

Census data is captured from households, institutions, and businesses through paper and online forms and, when necessary, through on-site visits and canvassing. One of the reasons that the Census Bureau is able to produce reasonably accurate and geographically detailed counts and estimates of the population is that it is a government agency that is backed by law. People are required to fill out and return their census forms. The Census Bureau sends out a series of reminders to non-respondents, and if a household still does not respond, the Bureau sends an actual enumerator out to interview them for the decennial census and follows up with a sample of non-respondents in person or on the phone for the ACS. In contrast, private polling agencies would never be able to accomplish a count or survey at the same scale due to the cost of conducting it and their inability to compel people to respond.

One thought on “What is US Census Data?”